Blossoms in the Dust1941 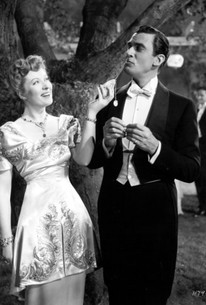 Blossoms in the Dust Photos

Greer Garson is dignity and integrity personified in the role of the real-life Edna Gladney. After several life experiences which rival daytime drama for unrelenting misery and melodrama, Edna marries flour-mill owner Sam Gladney (Walter Pidgeon). They have a baby, who dies shortly after Edna discovers that she can never have any other children. To give her life some meaning, Edna sets up the Texas Children's Home and Aid Society, which specializes in caring for illegitimate children and offering them for adoption. After her husband's death, Edna becomes a powerful political figure, succeeding in removing the stigma of illegitimacy by having that word stricken from all future Texas birth certificates; in this way, she honors the memory of her own half sister, who had killed herself upon discovering she was born out of wedlock. MGM thought enough of Blossoms in the Dust to film the production in Technicolor, a luxury usually reserved in 1941 for musicals or Westerns.

Will Wright
as Senator

Edwin Maxwell
as Board Member

Almira Sessions
as Mrs. Brown, With the Vase (uncredited)
View All

News & Interviews for Blossoms in the Dust

View All Blossoms in the Dust News

Critic Reviews for Blossoms in the Dust

Result is a sentimentally sugary flavor which also extends over the romantic portions of the film. There is no comedy relief.

Pretty Technicolor, but the tearjerking is shameless.

With lovely Greer Garson playing the leading role, the spirit of the story is maintained on a level generally above its frequent insipid spots.

A magnificent movie made from the biography of this exemplary lady (Edna Gladney). [Full review in Spanish]

It was a noble deed and a noble effort to make a biography about a woman who was virtually unknown outside Texas, but the picture was long, overly teary, and didn't excite too many people at the box office, although it did make money.

One of the weakest films to be nominated for the Best Picture Oscar, this biopic of Edna Gladney is uncharacteristically poorly scripted by Anita Loos and poorly helmed by Mervyn LeRoy.

So intent on packing as many events as possible into a relatively slim 100 minutes that it can't devote enough time to developing any of them.

This successful weepy revealed Garson's red hair in Technicolor for the first time, but was more significant for being the first of eight films she made with Pidgeon.

Audience Reviews for Blossoms in the Dust

Verging on the sappy, perhaps this film was the prototype for all the made-for-TV "inspiring" stories that we are forced to endure. The film appears to be as dated as the prejudices against children born out of wedlock.

Blossoms in the Dust Quotes