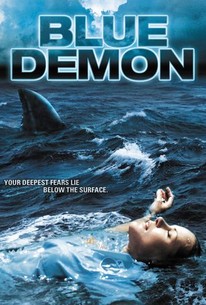 Daniel Grodnik's thriller Blue Demon concerns a shark experiment gone horribly wrong. As the film begins, scientists are attempting to train killer sharks to patrol the waters for any terrorist or would-be enemy. The sharks eventually escape thanks to some nefarious planning and begin to turn against the people they were trained to protect. The film stars DeDee Pfeiffer and Jeff Fahey.

Andre Ware
as MP
View All

There are no critic reviews yet for Blue Demon. Keep checking Rotten Tomatoes for updates!

Don't see it, and don't buy it. Its a waste of money and the actors in it really don't have any talent at all.