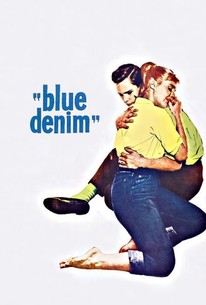 The hot topics of abortion and a hopeless generation gap between parents and teens fuel this interesting, though dated drama by director Philip Dunne. Janet (Carol Lynley, reprising her stage role) is only fifteen and has become pregnant by her sixteen-year-old boyfriend (Brandon de Wilde). The two teens are desperate to find a way out of their dilemma. Janet's father is a university professor and sees her as the ideal image of her dead mother. Arthur's father is a retired Army officer caught up in his military values, while his mother is busy working on Arthur's sister's wedding. In short, there is no adult the teens can rely on for sympathy or support. Their solution is to seek out an abortion without telling their parents, and as the sinister-looking woman arrives in a black limousine to take Janet away to the unscrupulous, unethical doctor who performs abortions, it is clear that this movie is playing to a certain audience at a certain place and time.

Juney Ellis
as Woman in Car
View All

While [Dunne] is most remembered as a great screenwriter, his tender, unassuming direction of Blue Denim shows that he was a filmmaker ahead of his time.

Matthew Lucas
From the Front Row
View All Critic Reviews (3)

There are no featured audience reviews yet. Click the link below to see what others say about Blue Denim!