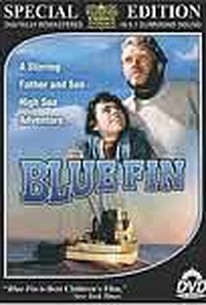 Based on a novel by Colin Theile, the Australian Blue Fin stars Hardy Kruger as a taciturn tuna boat captain. Kruger's son, played by Greg Rowe, can't do anything to please his demanding dad. Hoping to prove his worth, Rowe puts his life-and sometimes other lives-on the line. A big box-office hit in Australia, Blue Fin failed to make a dent in the US. Perhaps it would have fared better had it been released after the internationally popular Aussie film Man From Snowy River. ~ Hal Erickson, Rovi

John Thompson
as Snitch
View All

There are no critic reviews yet for Blue Fin. Keep checking Rotten Tomatoes for updates!

There are no featured reviews for Blue Fin at this time.