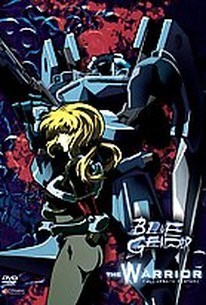 This re-edit of the TV series Blue Gender cuts together key scenes to form a shorter version of the same storyline. Yuji awakens from a cryogenic sleep with memories of being put into suspended animation because he had an incurable disease. The world he awakens to, however, is overrun by a malicious, plant-like alien species called the Blue. He wants no part in the violence and death that now surrounds him but a group of soldiers fighting the Blue in the hope of reclaiming the Earth takes him into their ranks. The oddity in his body that once rendered him terminally ill might just make him the savior of all man kind-but will he survive to enjoy it? ~ Cammila Collar, Rovi

There are no critic reviews yet for Blue Gender: The Warrior. Keep checking Rotten Tomatoes for updates!

There are no featured reviews for Blue Gender: The Warrior at this time.