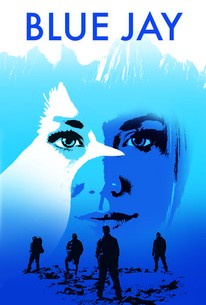 This film tells the story of Ashley and Jack, a new couple, who set out to hike Mount Whitney: the tallest mountain in the continental U.S. At the summit, they meet a group of men who have spent 200 days in the wilderness. Jute, who goes by the trail name "March," is their leader, and instantly develops a dark obsession with Ashley. After Jack's disappearance in the middle of the night, Ashley must get off the mountain before she is murdered or taken by Jute and his gang. Ashley is forced to look within herself and fight for survival in the shadow of mountain.

Very little happens for the first 40 minutes of Blue Jay ... and that's a beautiful thing as captured in this indie thriller.

There are no featured reviews for Blue Jay at this time.