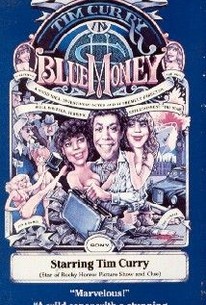 An excellent vehicle to showcase the talents of Tim Curry, this comedy by Colin Bucksey casts Curry as Larry Gormley, an actor who has never really had the break he so desperately wants -- though whether or not his talent is up to the task is another question. Larry drives a cab in-between auditions, which essentially makes him a cab driver with acting aspirations. When one shot at stardom falls through because his producer promptly drops dead, Larry has a bit of apparent good fortune drop into his lap. A fare of dubious business affiliation accidentally leaves a stash of cash in his suitcase in the back of Larry's hack. Recognizing the brass ring when he sees it, Larry grabs the ill-gotten dough and takes off, quickly and disastrously followed by the Mob and the IRA. Chased to Dublin, Larry passes himself off as a nun or worse, all in order to evade his murderous pursuers. Fast-paced and funny, viewers should also enjoy Curry's interpretations of Mick Jagger and Elvis. ~ Eleanor Mannikka, Rovi

For fans of Curry it's a frigging trip.

A funny music comedy with Tim Curry, I liked it, and I'm glad I found the video. If you're a fan of his, you'll want to see this too.