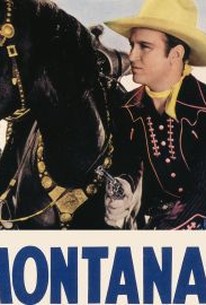 Too many of Gene Autry's Republic western sacrificed action in favor of music. A notable exception to this syndrome is Blue Montana Skies, directed by a fast-action maestro B. Reeves "Breezy" Eason. The up-to-date plotline finds Autry battling a gang of fur smugglers operating on the Montana-Canada border. When his business partner Steve (Tully Marshall) is murdered by the crooks, cattleman Autry follows the clues to a ranch owned by Dorothy (June Storey). Unbeknownst to the heroine, the murderers, led by Hendricks (Harry Woods), are working as her ranchhands. By the time she finds this out, it looks like she's next in line for extinction-but not if our hero has anything to say about it.

There are no critic reviews yet for Blue Montana Skies. Keep checking Rotten Tomatoes for updates!

There are no featured reviews for Blue Montana Skies at this time.