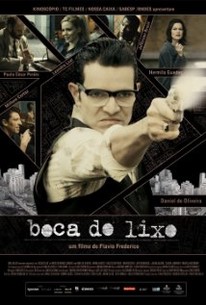 The story of Brazil's most notorious gangster comes to the screen in this gritty, stylized biopic starring Daniel DeOliveira. São Paulo, Brazil: the 1950s. Boca do Lixo was the place to go for drugs, booze, and women, and Hiroito Joanides de Moraes (DeOliveira) was the one calling all the shots. A former bohemian born into a wealthy family, Hiroito rose to power after his father was violently murdered. Though many suspected Hiroito of being the killer, he was never convicted of the crime. Years later, the man known as The King of Boca do Lixo would fall - and hard. Adapted from de Moraes's own 1977 autobiography. ~ Jason Buchanan, Rovi

There are no critic reviews yet for Boca. Keep checking Rotten Tomatoes for updates!

There are no featured reviews for Boca at this time.