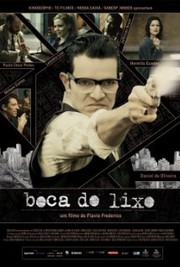 Darryll H
April 29, 2012
a brilliant true story based on one of the most famous gangsters to come out of brazil, boca is very well made, with some great actors, music and a fact based acount of a forgotten era, for fans of gangster movies i highly recommend boca

James M
½ February 28, 2012
Brazilian film with subtitles but crap in any language

Boca is a stylish 50's/60's Brazilian gangster tale, light on content, depth and poorly fuelled by prostitute rumblings. Boca is the name of a an area in Brazil (red light district Boca de Lixo) and it is the stylish backdrop for another true gangster tale. The music is fitting, it is quite slick and the acting is ok, but the film does lack depth and content to be anything more than mildly entertaining.

Hiroito is a young man who drinks too much and has a passion for prostitutes. With mystery surrounding his father's death he unsurprisingly delves into a seedy underworld of crime (becoming a pimp and then stealing drugs to sell through brothels). He teams up with and then becomes enemies with another small gang leader. Hiroito (known as the King of Boca) marries a prostitute, has affairs and ends up on the run, being a heroin user.

As you would expect there are guns, booze, dancing and every chance is taken to show the main lead romping with semi-pretty women. The film is a 15 however so the violence and sex it skims never really develops, this is both good and bad. Arguably, a more powerful film would have been more graphic and glam, but this being biopic it does lean towards attempting to be more real, dramatic and I guess true.