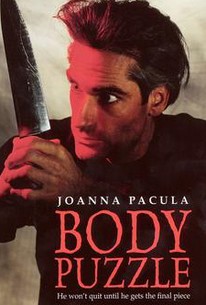 This muddled thriller reminiscent of Mil Gritos Tiene la Noche stars Joanna Pacula as a widow in peril. Pacula's bisexual husband Abe had a lover named Tim Bell, who apparently lost his mind when Abe died in a motorcycle accident. Being that Abe was an organ donor, Tim begins murdering the recipients in order to rebuild his dead lover. The gruesome murders include an incredibly bloody slashing of a baker, a woman's hand cut off with an axe, and a lifeguard emasculated in a public pool. The most startling scene has a cornea recipient murdered in front of a class of blind children, one of whom gets a gout of blood right in the face. The preposterous ending involves both split personality and the expected reappearance of the quite healthy Abe. Misteria is a long, dreary film which makes no sense whatsoever, and adds to its annoying qualities by blaring "Night on Bald Mountain" at high volume in every other scene. Most viewers should avoid this film like the plague, but some horror fans will enjoy it for the gory murders, a campy performance by cult favorite Giovanni Lombardo Radice as an epicene homosexual, and cameos by Gianni Garko and Erika Blanc. Luigi Kuveiller provided the slick cinematography. ~ Robert Firsching, Rovi

The real puzzle has nothing to do with the story; it has to do with how the movie was made.

There are no featured audience reviews yet. Click the link below to see what others say about Body Puzzle (Misteria)!