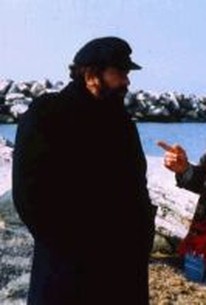 Spaghetti western strongman Bud Spencer plays the title role in Michele Lupo's 1982 Italian revenge comedy Bomber. He's Bud "Bomber" Graziano, one-time king of the heavyweight boxing arena, who abandoned his career as a pugilist and hit the high seas, after an ugly defeat at the hands of a U.S. Army goon. Back then, it suited Bomber just fine to run like a cur. But times change. And now, with the opportunity to train an up-and-coming young hopeful, Bomber is all keyed up for an onslaught of slaphappy revenge. Jerry Calla, Mike Miller, Rik Battaglia, Kallie Knoetze and Bobby Rhodes co-star.

Bobby Rhodes
as Newman
View All

There are no critic reviews yet for Bomber. Keep checking Rotten Tomatoes for updates!

There are no featured reviews for Bomber at this time.