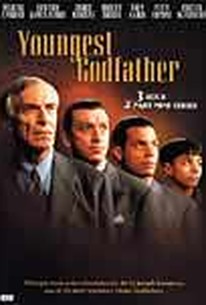 A young Sicilian sets off for the new world in this TV drama directed by Michel Poulette. His dream is to make a good living and build an honest life, but once he reaches America, he submits to the siren call of crime and vice. His path to the top of the Mafia pyramid is dizzying, and at the tender age of 26, he becomes the godfather, a summit he's surprised to have reached. How did he get there, and where does he go next? Martin Landau stars.

Critic Reviews for Bonanno: A Godfather's Story (The Youngest Godfather)

There are no critic reviews yet for Bonanno: A Godfather's Story (The Youngest Godfather). Keep checking Rotten Tomatoes for updates!

There are no featured reviews for Bonanno: A Godfather's Story (The Youngest Godfather) at this time.