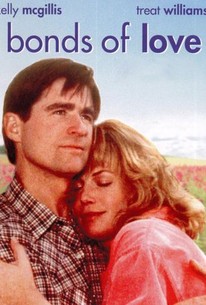 The Bonds of Love in this made-for-TV drama are those forged between divorcee Kelly McGillis and mentally disabled Treat Williams. What begins as a friendship between two lost souls blossoms into a deep and genuine romance. Their wedding plans are challenged by his mother (Grace Zabriskie) and father (Hal Holbrook)-who are not depicted as villains but merely well-meaning and overprotective (only Williams' brother, played by Steve Railsback, comes off in negative terms). Based on a true story, Bonds of Love is set in Kansas (though it was lensed in Ontario). The film premiered January 24, 1973.

Ron Lea
as Reporter
View All

Critic Reviews for Bonds of Love

There are no critic reviews yet for Bonds of Love. Keep checking Rotten Tomatoes for updates!

There are no featured reviews for Bonds of Love at this time.