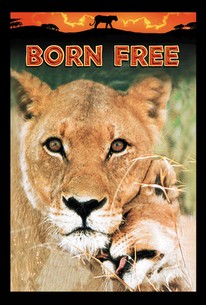 Born Free is the heartwarming true story of a British couple who teach their pet lioness how to survive in the wilds of the African jungles. Joy and George Adamson (portrayed by real-life married couple Virginia McKenna and Bill Travers) involuntarily domesticate several lions while living in Kenya. They keep one, named Elsa, until she is fully grown, and rather than turn her over to a zoo, they decide to train her to live like a wild animal so that they can release her into her natural habitat. Geoffrey Keen is a sympathetic government official who convinces the Adamsons that they should set Elsa free to avoid being ordered to place her in captivity. The film, based on Joy Adamson's book, is poignant and emotional without ever becoming banal or overly sentimental. The title song and film score both won Academy Awards.

Cats vs Dogs: Who Have The Best Movies?
10 Essential Movies By Blacklisted Hollywood Writers

Without minimizing the facts of animal life or overly sentimentalizing them, this film casts an enchantment that is just about irresistible.

...a warm, melancholy tearjerker both immediate in its emotion and timeless in its theme.

Director James Hill tackles the material in a manner that relies more on naturalistic behavior than cheap theatrics (i.e. no scenes of Elsa covering her eyes with her paws after a human does something imbecilic).

Beautifully shot, brilliantly scored by John Barry and sensitively staged by director James Hill, this charming adaptation of Joy Adamson's bestseller is one of the great animal films.

The nature photography is excellent, and real-life husband and wife McKenna and Travers are very good, their genuine affection transferring to the screen.

A popular family film, also known for its Oscar-winning score and song

Although the movie is a family favorite, the DVD treatment is rather shoddy.

emotionally satisfying for the whole family, as long as you aren't looking for high art or realism

I'm on an animal jag now...saw this one somewhere along the line and it holds up well as a late nite DVD. Explores nicely our relationship with wild animals--what do we owe them in return for what to bring to our lives. Anyone who has ever lived with an animal can relate.

The second half was much better than the first that laid most of the groundwork. Some parts were dreary and drawn out too long, but the movie was very moving and informative.