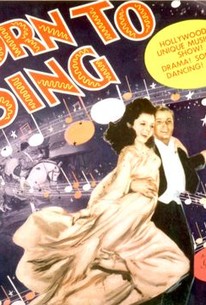 This happy musical chronicles the exploits of a suicidal composer who is desolate after someone swiped his newest musical comedy. He is saved by three young people who join up with the writer's daughter and put on the production. With the help of a pugnacious cab driver, they manage to draw their audience from the composer's rival. Featured in the show is the extravaganza number "Ballad for Americans", which was directed by Busby Berkely. Other songs include "I Hate the Conga", "Alone", "You Are My Lucky Star", and "I Love Ya".

Critic Reviews for Born to Sing

There are no critic reviews yet for Born to Sing. Keep checking Rotten Tomatoes for updates!

There are no featured reviews for Born to Sing at this time.