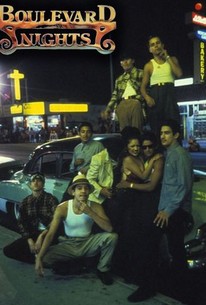 Despite its title, which invokes visions of Paris after dark, Boulevard Nights is an unvarnished look at East Los Angeles street gangs. Filmed on location in the barrio, the story concentrates on Chicano youth Richard Yniguez. Try as he might to escape the influence of gang life, Yniguez seems predestined to a violent death on the streets. The dialogue exchanges and rumble sequences are handled with disturbing realism.

Jesse Aragon
as Casper
View All

There are no featured audience reviews yet. Click the link below to see what others say about Boulevard Nights!