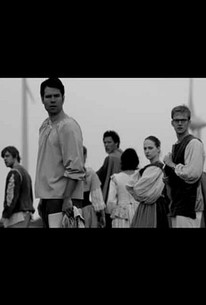 Filmmaker Andreas Kleinert follows the emotional, creative and romantic interactions between a group of aspiring actors in this drama. Hans Meinhold (Matthias Habich) is a well-known director whose career has fallen into a rut. Hans hopes to reconnect with his muse by staging a new production of Hamlet, and he travels to a small village in the countryside with a handful of young actors from Berlin; his idea is to rehearse with them for a few weeks, and then cast the leading roles after seeing who responds best to his direction. While Hans moves into a rooming house near the local cinema where rehearsals take place, the actors are put up in a shabby dormitory, and living together the thespians find themselves pulled between feelings of intense rivalry and emotional bonding, while the men and women are also drawn into a roundabout of romantic and sexual entanglements. One of the actresses is twenty-something Sarah (Klara Manzel), who has just parted ways with her boyfriend only to discover she's pregnant. Sarah catches the eye of Timo (Paul Preuss), a sixteen-year-old boy who works at the theater and is fascinated by the working methods of the actors; Sarah, uncertain about her romantic future, enjoys flirting with Timo, but at the same time is increasingly drawn to Daniel (Volkram Zchiesche), a emotionally steady and mature man, and she finds herself playing the two men against one another. Barriere (aka Boundaries) was an official selection at the 2010 Berlin International Film Festival. ~ Mark Deming, Rovi

There are no critic reviews yet for Barriere (Boundaries). Keep checking Rotten Tomatoes for updates!

There are no featured reviews for Barriere (Boundaries) at this time.