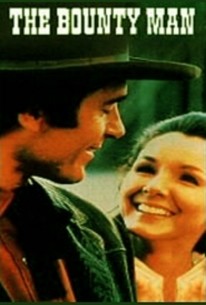 The Bounty Man is Clint Walker, back in the saddle some nine years after the cancellation of his TV series Cheyenne. Walker is hired to bring in his quarry dead or alive, and in the past has had no qualms about choosing the latter option. Now he is in competition with hard-bitten Richard Basehart in tracking down a young murderer (John Ericson)--and now he begins to ask himself questions about the morality of his profession. Though there's no authentication of this opinion, The Bounty Man sure looks like a series pilot. It was originally telecast October 21, 1972.

Glenn Wilder
as Gault
View All

Critic Reviews for The Bounty Man

There are no critic reviews yet for The Bounty Man. Keep checking Rotten Tomatoes for updates!

There are no featured reviews for The Bounty Man at this time.