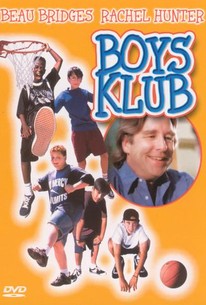 A handful of kids buck the odds to make something of themselves in this comedy drama for the whole family. Mario (Chauncey Leopardi) is a boy in his early teens who has been looking forward to spending the summer on a camping trip with his father (Beau Bridges). But when dad lands a new job just as school lets out in June, their plans are put on the back burner, and Mario is sent to San Francisco to spend his vacation with his aunt. Still angry about this turn of events, Mario begins hanging out with a group of neighborhood kids who like to play basketball. With the guidance of a friendly priest, the pickup team begins to cohere into something with real potential, and in time, the gang of misfit teens are underdog contenders in a citywide youth basketball tournament. Boys Klub also features a guest appearance from model and actress Rachel Hunter.

Jack Scalia
as The Boss

Rachel Hunter
as The Goddess

There are no featured audience reviews yet. Click the link below to see what others say about Boys Klub!