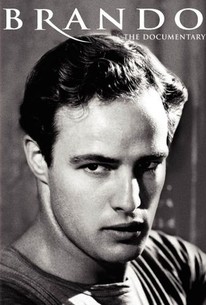 As originally screened at the Tribeca Film Festival, at the Cannes Film Festival, and on Turner Classic Movies, the mammoth, epic-length documentary Brando chronicles in encyclopedic detail (and with a consistently reverent overtone) the life and career of the man widely regarded as the most formidable American actor of the 20th century - famous for not only reshaping, but reinventing the craft of film acting and teaching audiences how to view a motion picture performance. Divided into chronological, thematically-unified segments, the film first treats Marlon Brando's dysfunctional upbringing - his alcoholic mother, his abusive father, his stint at a military academy - before charting his acting tutelage at the behest of Stella Adler and his early cinematic and theatrical roles, including work for Elia Kazan, who famously made many aggressive (and unsuccessful) attempts to discipline the headstrong actor onscreen. Throughout this segment, many Hollywood A-list actors appear - among them, Al Pacino, Johnny Depp and Robert Duvall - expostulating at length on Brando's influence over their approaches to performance, and attempting with great effort to define the elusive style known as "method acting" that Brando helped to create. The second half of the documentary moves into Brando's career during the '70s, '80s and '90s, covering the production of The Godfather, the actor's noteworthy political activism, and his tumultuous personal life. Francis Ford Coppola, who of course teamed with Brando for the first Godfather installment and for Apocalypse Now, is noticeably absent from the proceedings.

As a history and celebration of Brando's life and eccentricities, it's hard to beat

BRANDO does provide an important reminder of the immense talent and ability he had as a performer. It hints at his love/hate relationship with his profession -- and it is a shame that in some ways this man squandered his abilities, especially when he clea

There are no featured audience reviews yet. Click the link below to see what others say about Brando!