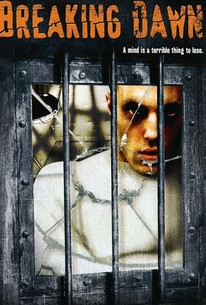 The insane ramblings of a madman become all too real for a young medical student assigned to investigate the murder of a mental patient's mother in director Mark Edwin Robinson's twisted tale of psychological horror. Don Wake is a troubled soul whose secrets run deep. As the medical student assigned to the case pushes Don to reveal the true events that lead to his mother's murder, the mention of a menacing figure named Malachi leads her to believe that Don's paranoia has reached new heights. As a strange figure begins to stalk the suspicious student's every move, she is forced to question whether Don is telling the truth about the mysterious Malachi, or her overactive imagination is suddenly getting the best of her.

A rather smart movie! I was half expecting the typical B-movie here, but it turned out to be something much more interesting. AND, as a surprise plus, the guy in this movie (James Haven) is Angelina Jolies brother! A very disturbing looking face on that boy. But, in all fairness, he did well. I kind of liked this...