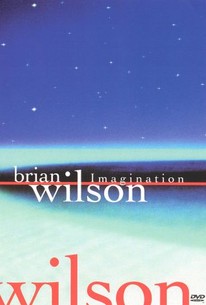 Imagination is a live performance video interspersed with interviews with music legend Brian Wilson, and other artists who worked with him or were influenced by him. Wilson, the singer/songwriter powerhouse that drove the Beach Boys to fame and fortune, released his new album of the same name in 1998. This groundbreaking effort is a testament to Wilson's continued musical genius, and revitalized career after long years of personal struggle. The closed-captioned video features Wilson singing with a band composed of such rock greats as Timothy B. Schmitt of the Eagles, as well as Bruce Johnson and Joe Thomas of the Beach Boys. Beach Boy classics, penned by Wilson, are in the repertoire : "California Girls", "In My Room", "Don't Worry Baby". Notable selections in the new material are "South America", and "Your Imagination".Guest stars include Christopher Cross, Jimmy Buffett, Stevie Wonder, Eric Claptan, Elvis Costello, and Glen Campbell. Great performances and great film making combine to make Imagination an inspiration.

Timothy B. Schmit
View All

There are no critic reviews yet for Brian Wilson: Imagination. Keep checking Rotten Tomatoes for updates!

There are no featured reviews for Brian Wilson: Imagination at this time.