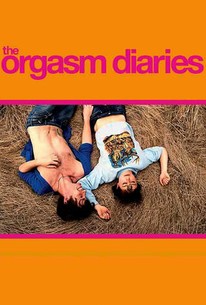 A couple's most private moments are exposed to the world in this sexually-charged comedy-drama from British filmmaker Ashley Horner. Manchester (Liam Browne) is a struggling photographer with charm to spare who falls for Noon (Nancy Trotter Landry), a sweet but spunky woman who works as a taxidermist. Noon is also drawn to Manchester, and together they enjoy a wildly enthusiastic sexual relationship that reflects their innocent but deeply passionate love for one another. Manchester enjoys snapping pictures of Noon while they make love, and one day he mistakenly leaves some of the photos in a pub where they're found by Franny (Michael Hodgson), who trades in upscale erotica. Franny is impressed with Manchester's photos and offers to set up a lucrative gallery show, presenting these private documents to the general public. Against his better judgment, Manchester agrees, but his new success as a photographer and the nature of his work has a severe impact on his romance with Noon. Brilliantlove received its world premiere at the 2010 Tribeca Film Festival.

It's not entirely believable and yet Arnott and Browne show an absolute, full-on commitment. Even though it's flawed, it's also strangely heartfelt.

An explicit and atmospheric, if just occasionally unconvincing look at sex and relationships.

Any good work is sabotaged somewhat by some spurious plotting and an ill-judged, final-act attempt to satirise the pretentiousness of the art world.

While it's to be commended for including so much nudity in these prudish times, what a pity more attention wasn't paid to the plot that feels, ahem, threadbare.

Unless you're a fan of films featuring bouts of explicit love-making, it's likely to come across as nothing more than a self-indulgent bore.

This low-budget British drama really captures the giddy highs of new love, with a liberated physicality that's rare on screen. And the cast is very good too, even if the story they're in never seems to go anywhere.

Now and again you come across a film that is, in some ways, brave and yet which wastes its potential. Brilliantlove is one of those films...falls hard on its immature bare backside between the two stools of pornography and erotica.

There are no featured audience reviews yet. Click the link below to see what others say about The Orgasm Diaries (Brilliantlove)!