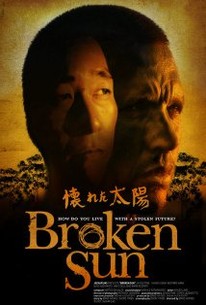 A former soldier and a current POW on the run meet under unusual circumstances in this World War II drama set in Australia in 1944. Jack (Jai Koutrae) is a farmer who tends a few tracts of hardscrabble land in a remote section of New South Wales. Jack is a veteran of the first World War who is still haunted by flashbacks of battlefield violence, imagines he's visited by the spirits of his fallen comrades, and hasn't shaken the aftereffects of exposure to poison gas. Not far from Jack's farm is the town of Cowra, which is home to a military prison camp. A number of Japanese prisoners of war are housed in Cowra, and one summer day several of them pull off a daring escape; one of them, Masaru (Shingo Usami), makes his way to Jack's property, where he's promptly captured by the farmer. Masaru and his comrades were ordered to commit suicide rather than risk capture again by their commanders, but Masaru has seen too much of death during the war and he willingly cooperates with Jack. The two men have seemingly little in common and don't share a common language, but as Jack waits for authorities to pick up Masaru, they begin to discover they've both been touched by the horrors of combat and they develop a grudging respect for each other. Inspired by an actual POW breakout in Australia in August 1944, Broken Sun was the first feature film from director Brad Haynes. ~ Mark Deming, Rovi

The film's noble purpose is obvious, but the drama just never gets going.

Broken Sun intends to be absorbed rather like a poem, with spiritual and peaceful ambitions. The deliberate pace, the sometimes filtered cinematography, and the sparse dialogue, combine to create the film's mood of regret.

There are no featured audience reviews yet. Click the link below to see what others say about Broken Sun!