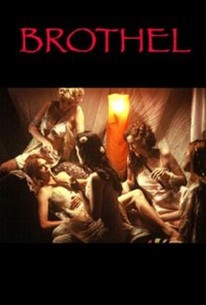 A woman reeling from her lover's recent death purchases an abandoned former brothel in Jerome, Arizona, and begins to experience disturbing visions of the building's previous residents while attempting to transform it into a bed and breakfast. The more time Julianne spends restoring the transient, turn of the century estate, the better acquainted she becomes with its spectral tenants, including Ladie Sadie, the Madam. When Julianne learns of the horrible fate that befell young prostitute Maddy in a nearby mine, she works frantically to alter the past, becoming so immersed in the world of the dead that Ladie Sadie insists she reaffirm her mortality by forging a connection with another living being. Desperate, Julianne seduces the artist who lives next door, and winds up more isolated than ever after he grows confounded by her insincerity, and grows distant. Meanwhile, accelerating events in Julianne's life begin to feel as if they're racing to some sort of ominous apex. As Julianne's personality begins to fragment, she descends into the mineshaft in search of Maddy, but instead finds herself confronted by her own tragic past, and forced to make a painful decision.

There are no critic reviews yet for Brothel. Keep checking Rotten Tomatoes for updates!

There are no featured audience reviews yet. Click the link below to see what others say about Brothel!