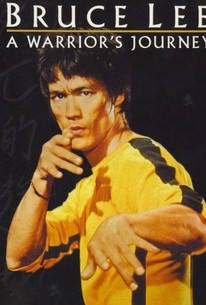 Bruce Lee was inarguably the greatest martial arts star of his generation, and his intense onscreen charisma and astounding fighting skills make him the standard by which other martial arts heroes are measured. Bruce Lee: A Warrior's Journey is a documentary about Lee's life, career, and untimely death, which uses rare behind-the-scenes footage to paint a portrait of both the star the world knew and the man behind the image. Bruce Lee: A Warrior's Journey also includes rare, recently discovered film shot for Game of Death, the project Lee was working on at the time of his death. This documentary marks the first time the surviving Game of Death material has been assembled according to Lee's script notes, in an attempt to honor Lee's ambitious intentions for the film.

As a project to place Bruce Lee's final, unfinished 1973 film, The Game of Death, in its proper context, Bruce Lee: A Warrior's Journey is up to the task.

The footage from a number of sources including Lee's home movies, TV interviews, and shows is well presented and paints a vivid picture of a man whose phenomenal talents were only just beginning to mature.

Easily one of the best documentaries of Lee among the many out there.

A must see/own for any Bruce Lee fan. The doc is good but the sweet and sour sauce lies within the 30 minutes of authentic footage from the "Game of Death". This is the movie he was working on when he died. The finale of the film is shown which features three fight sequences, one is against Kareem Abdul-Jabbar.