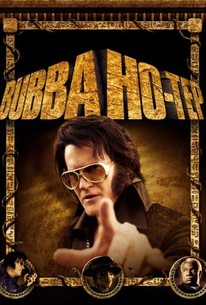 Critics Consensus: The best movie to star both the King and JFK.

Critics Consensus: The best movie to star both the King and JFK.

Critic Consensus: The best movie to star both the King and JFK.

An ancient evil finds resistance in the most unlikely of places in this oddball comedy horror effort from Phantasm director Don Coscarelli. Resting in the confines of a Mud Creek, TX, nursing home after fading into obscurity following his departure from the limelight, an aging and embittered Elvis (Bruce Campbell) befriends a delusional patient named Jack (Ossie Davis) who claims to be John F. Kennedy. It seems that at the height of his popularity Elvis had switched identities with a convincing double, and, upon the death of the substitute, missed his chance to reclaim his former fame. Despite his anger at never having made a comeback, Elvis finds a new reason to live when Jack tips him off to an evil mummy that is feasting on the souls of hapless nursing home inhabitants. Before long the geriatric duo must muster the strength to fend off the malevolent soul sucker lest they ultimately fall prey to the fearsome Bubba Ho-Tep (Bob Ivy).

Writer-director Don Coscarelli piles on unpleasant details and cynical asides as if they were the stuff of wisdom, though they seem intended to produce guffaws rather than thoughts

This absurdly clever caper is elevated by Bruce Campbell's pensive Elvis into a moving meditation on the diminutions of age and the vagaries of fame.

Not a great movie by any stretch of the imagination, but there's enough here to entertain even those for whom 'cult' is a four-letter word.

There's plenty of scatological humour and knockabout fun to get one through the slower passages.

This is a bizarre film that absolutely lives up to its insane premise ... Bruce Campbell turns in one of his most muted performances while playing Elvis Presley - it's a testament to his range.

Despite having a fascinating set-up and an excellent turn from Bruce Campbell, Bubba Ho-Tep becomes a missed opportunity due to director/writer Don Coscarelli's inability to take advantage of the bizarre premise.

A lot less a horror film, and much more of a film about the horrors of getting old.

Elvis is in a geriatric care centre with JFK (who's black) and he's got to kick some ancient Mummy ass. What else is there to say?

It's outrageous and full of novel ideas that will tickle the fancy of anyone who is stimulated by the absurd.

The whole notion of the film has that cult comic book vibe and feels like a silly spin off from something else. It does sound like one of those cool ideas that you've heard about from the comic book world, that you'd think would be awesome as a film...but it probably won't ever get made, a bit like 'Freddy vs Jason vs Ash'. Yet despite that this is one of those ideas that reads well on paper, would work well in comic book/graphic novel form, but for some reason hasn't translated that well onto film. The plot is fast n loose and unfortunately doesn't really give you much info. An aged Elvis living in a crappy retirement home (he swapped places with an Elvis impersonator to escape the limelight) must do battle with an ancient Egyptian mummy who is sucking the old folk dry of their souls. I use the word battle loosely. It sounds friggin' awesome, then you read it stars Bruce Campbell as Elvis and things just get better and better. This could almost be some kind of weird alternative dimension for his 'Ash' character...if you really really try to think of it that way. It sounds ultra cool and seeing Campbell as an old Elvis (and young) is ultra cool, even though he kinda looks like Kevin Costner's Elvis impersonator from '3000 Miles to Graceland'. Its not an accurate depiction of Elvis of course, more of a comic book version with added Raimi-esque spice n dialog. Yep Campbell will forever be associated with his quirky Evil Dead hero character...especially in quirky horror comedies such as this. The problem for me with the film is how slow it is and the fact nothing much really happens. There is a lot about Elvis and how he suffers in his old age, he reminisces about his fame and youth and generally moans a lot. At times it is amusing for sure but there comes a point when I just wanted something to actually happen. When it does it kinda feels unexplained and a bit of an anti climax really. The fact Elvis needs a zimmer frame (walker) to walk all the time restricts the films excitement potential also. The whole mummy side of it just isn't laid out right frankly, no real reasons for its occurrence, no proper closure, no reasons for its actions etc...its just there and dressed as a cowboy for some reason. The film is also kinda drab looking throughout which is a bit depressing. I know that's part of the films story but I did yearn to see some brighter visuals and a bit more colour. I think they downplayed Elvis's room and the retirement home, it didn't need to be so shitty looking, old fashioned sure but not so shitty. Eventually we come to the showdown at the end and I was kinda expecting something a bit special, it sorta builds up to it. But alas!!! its very weak and pretty mundane despite Campbell's verbal quips. Two old men, one in an electric wheelchair and the other who can hardly walk without a zimmer frame, both take on a mummy who also walks very very slowly and does not a lot (doesn't even look that good either). It doesn't sound too great does it, and in all honesty it isn't, its unique and quirky but ultimately a let down. The finale is sombre and acceptable but feels right admittedly. This is how the entire film feels for me really, its a wicked idea and probably works much better as a graphic novel. Campbell looks good and sounds good as Elvis and saves the film completely, without him it would be B-movie trash, well the film is a B-movie really, a B-movie with Bruce Campbell in it. Overall I can see how this has become a total cult classic with its Evil Dead-esque cheap looking visuals and theme and I will give it plus points for that. On the other hand I do think director Coscarelli is riding on the coattails of the Evil Dead/Raimi franchise a bit too much. 'Don't make me use my stuff on ya, baby!'

Bubba Ho-Tep is a fun and original horror comedy from Phantasm director Don Coscarelli. What makes this a must see for horror fans is its ridiculous premise that is brilliantly constructed to be entertaining and memorable from the first frame onwards. Coscarelli has a gift to create great horror films that bring something unique to the genre and he does it with effective ease with this feature starring B movie icon Bruce Campbell. This is one of the best low-budget horror comedies in recent memory and it proves that Don Coscarelli is a formidable talent in the genre. This is a must see for horror buffs and aside from the Phantasm series, Bubba Ho-Tep is one of the best movies in Coscarelli's career. The film has a smart script aided by terrific performances from its cast and strong, immaculate directing. If you come across this gem, pick it up, and watch it with friends. This is among the best films that Bruce Campbell has starred in since Maniac Cop and Army of Darkness. This is a fun film worth seeing, and if you're tired of seeing remakes that butcher classics, definitely check this one out. Coscarelli and Campbell have created something special here and Campbell delivers in the role of Elvis Presley, which along with his performance as Ash Williams, is among his best. Bubba Ho-Tep is destined to be a modern day classic and hopefully Bruce Campbell and Coscarelli will work again on a future project. With the result displayed on-screen here, it's sure that it will be a memorable outing like this one.

it wasn't nearly as funny as I thought it was going to be or as entertaining, but it was decently entertaining and kind of funny