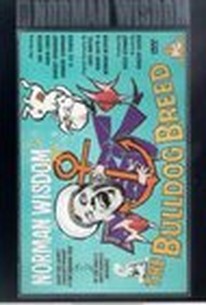 The weak story in The Bulldog Breed is an excuse to tie together a long series of funny episodes, slapstick incidents, and absurd situations. What does bring everything into a certain unity is the comic character type created by Norman Wisdom, an inept, likeable loser whose efforts to succeed against all odds somehow bumble through to final triumph. Playing Norman Puckle in this romp, he is heartbroken after being scorned by an unattainable blond and fails at a suicide attempt, only to end up in the Navy. Bungling most of his work there, he is surprised to discover that he has been chosen by the admiral to be the first man the Navy sends into space. This time, Norman's losing streak is up against a formidable phalanx of expertise -- what could possibly go wrong? ~ Eleanor Mannikka, Rovi

Claire Gordon
as Girl on Yacht

Critic Reviews for The Bulldog Breed

There are no critic reviews yet for The Bulldog Breed. Keep checking Rotten Tomatoes for updates!

There are no featured reviews for The Bulldog Breed at this time.