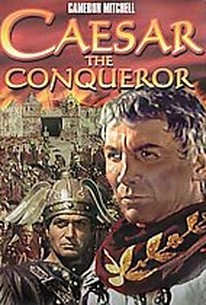 This epic Italian costume drama is loosely based on historical fact. It chronicles the struggle of a Roman emperor and general to build his troops for an upcoming battle in Gaul. The Senate opposes him. The emperor's charge and her lover are taken by the Gauls. They are ruled by Battaglia. Fortunately, Queen Astrid let's them go. The lovers return to warn the Romans in time for the emperor to take his troops and capture Battaglia. ~ Sandra Brennan, Rovi

Fedele Gentile
as Centurion
View All

Critic Reviews for Caesar The Conquerer

There are no critic reviews yet for Caesar The Conquerer. Keep checking Rotten Tomatoes for updates!

There are no featured reviews for Caesar The Conquerer at this time.