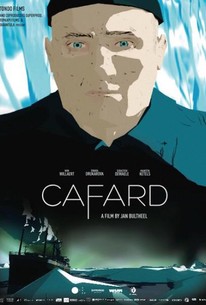 August 1914. While Jean Mordant is away winning the title of World Wrestling Champion in Buenos Aires, his daughter Mimi is raped by German occupiers in Ostend. Jean swears he will avenge this immoral disgrace. With his coach Victor and young nephew Guido, he enrolls in the prestigious ACM, the first Armored Car Division ever. But the heavily-built armored vehicles keep getting stuck in the mud of Flanders. The battalion is hastily transferred to the Eastern front. Jean is devastated by frustration for he has just learned that Mimi is pregnant. But war conditions are ruthless and he and his friends embark on a dramatic journey that ultimately will drag them around the world. In Russia, boredom and vodka sap the troops' morale. The armored vehicle is named "Cafard": as indestructible as a cockroach but also a symbol of nostalgia and melancholy. Jean's only twinkle of hope is Jelena, a Russian nurse. But she cannot prevent his downward moral spiral. At the end of a disastrous military operation, Jean finally takes his revenge by cowardly shooting a German soldier in the back. But revenge is bitter. Jean's romantic 19th century vision falls apart. When Bolshevik revolution breaks out in October 1917, there is random killing, raping and pillaging. Confronted with so much social injustice, the young Guido is drawn to communism. On his initiative, the ACM makes a deal with the Bolsheviks and the armored vehicles are traded for a train heading East. In the wild landscapes of Siberia, Mongolia and China, Jean comes to terms with himself. Victor is attacked by a bear and when they arrive in Vladivostok, his arm has to be amputated. Physically destroyed and eaten away by remorse, Victor commits suicide. The Brave Little Belgians receive a triumphant welcome in the pro-war United States. But four years of deprivation and hardship have left their mark. Jean distances himself from his would-be communist nephew. At last he receives catastrophic news about Mimi. Spanish flu in Europe has taken her too. Jelena offers him to start a new life with her in America, but Jean heads back to the old world where he finally embraces a little boy he has never seen before: his grandson, fruit of his initial shame. A new man in a new era.

Working more like a slow burner than a series of powerful dramatic confrontations, the film invests a lot to an old-fashioned sense of moral values and male bonding.

There are no featured reviews for Cafard at this time.