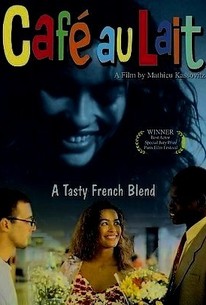 A Caribbean beauty living in Paris wraps two very different but equally devoted men around her little figure when she announces that one of them is the father of her baby. Both Felix, a poor Jewish bicycle messenger boy, and Jamal, the genteel son of African Muslim diplomats, are in love with her and so become ardent rivals for Lola's affection. This frenetic comedy is the directorial debut of Mathieu Kassovitz, who also plays the role of Felix. ~ Sandra Brennan, Rovi

Watching the film, I felt sympathy with Kassovitz's desire to film a little comic sermon about brotherhood. But I was never convinced that the characters and situation were anything other than borrowed and contrived.

A hip interracial comedy with jaunty rap-inflected scores...grounded in the reality of multiethnic city life, this is the 100-percent answer to She's Gotta Have It...

Explores issues of modern romance and racism with grace and heart.