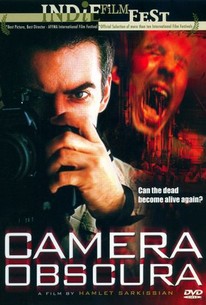 An artist thrown into the violent world of police work is torn between his creative sensibility and his pragmatic need to earn a living in this offbeat police thriller. Jimmy (Adam Trese) is a gifted photographer who, despite the quality of his work, is having a hard time making ends meet. Eager to be able to support himself and his wife, Maria (Ariadna Gil), a classical dancer, Jimmy takes a job as a crime scene photographer with the L.A.P.D. The constant parade of violence and brutality Jimmy sees through his camera's lens proves hard to take, and soon Jimmy begins rearranging the scenes of violent death to give them a more creative and lifelike dimension, as he begins to imagine he can give the victims a new life through his art. Russo (V.J. Foster) and Flowers (Cully Fredricksen), the detectives Jimmy works with, are amused by his thin skin and creative sensibilities; they sense Jimmy's desire to leave his job behind, and persuade him to join them in a drug deal which could make them a fast and lucrative payday. Maria is also aware of Jimmy's discomfort with his new job, and in hopes of making enough money to support them both, she signs on as an exotic dancer at a strip joint, where she witnesses a crime that leads her into the same sort of danger Jimmy has been struggling to escape. Camera Obscura was the first feature film from writer and director Hamlet Sarkissian.

An L.A. neo-noir raised to an insufferable degree of artiness.

Thanks to a lack of innovation and a tired script, writer/director Hamlet Sarkissian is about as cutting edge as the out-of-touch friend who keeps trying to tell you that Michael Jackson's latest albums are as good as his old stuff.

A film of high gloss and low substance.

Sarkissian's script ... is both overwrought and undercooked.

An edgy thriller with its own take that took me on a road I never travelled. Ahead of the general level of the low budget-festival winning competition.

A nuanced crime film with some colorful personalities.

There are no featured audience reviews yet. Click the link below to see what others say about Camera Obscura!