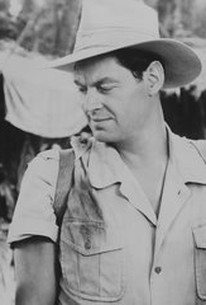 Number three in Columbia's "Jungle Jim" series was the misleadingly titled Captive Girl. Johnny Weissmuller returns as Jim, who this time out comes to the rescue of a white girl named Joan (Anita Lhoest), who has been raised as a "jungle goddess," complete with revealing costume and pet tiger. The heavy of the piece is Native witch doctor Hakim (John Dehner), who killed Joan's parents years earlier and who fears exposure. The most fascinating aspect of the film is the presence of Buster Crabbe--whose own career (Olympic swimmer turned film star) closely resembled Weissmuller's--in an unsympathetic role as a mercenary explorer. Original prints of Captive Girl were released in Sepiatone.

Nelson Leigh
as Missionary
View All

There are no critic reviews yet for Captive Girl. Keep checking Rotten Tomatoes for updates!

There are no featured reviews for Captive Girl at this time.