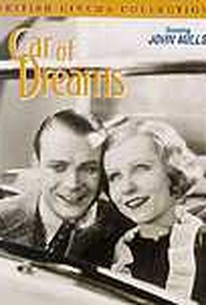 In this romance, a poor girl spends her spare time window shopping for pricey goods. On a lark, she goes into an auto dealership to price a Rolls Royce. She feigns outrage when she learns the car has already been sold. She petulantly demands that she be sold that particular car. Her feisty actions are observed by a wealthy playboy who immediately falls in love with her. Much to the shock of her parents, who own a small antique shop, a brand new Rolls is delivered right to the front of their shop. Her mother goes to the dealer and demands to know who bought the vehicle for him. The dealer tells her that her daughter "won" it. Of course, it was the playboy who bought her the car on the sly. When at last they meet, the two fall in love. They encounter difficulty when the playboy discovers that she works at his father's musical instrument factory. He must conceal his identity to avoid scandal, but it cannot be avoided. The truth comes out and it is a while before the couple can get back together. ~ Sandra Brennan, Rovi

Critic Reviews for Car of Dreams

There are no critic reviews yet for Car of Dreams. Keep checking Rotten Tomatoes for updates!

There are no featured reviews for Car of Dreams at this time.