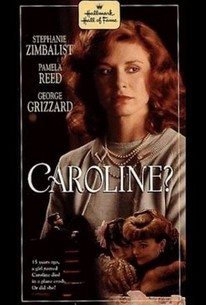 This suspenseful drama first aired on television as part of the Hallmark Hall of Fame Theater. It tells the story of a young woman who suddenly appears at the family estate claiming to be the title character and demanding her rightful inheritance. The family doesn't know what to think, because they have spent the last 15 years believing that Caroline died in a plane crash.

John Evans
as Winston as Adult

There are no critic reviews yet for Caroline?. Keep checking Rotten Tomatoes for updates!

There are no featured reviews for Caroline? at this time.