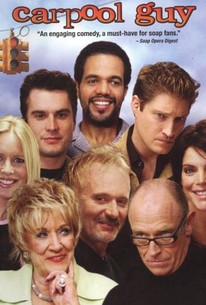 A high-profile advertising executive who's struggling to land a lucrative promotion gets an important lesson from a most unlikely source in the feature directorial debut of prolific television actor Corbin Bernsen. Joel Goodman (Rick Hearst) is content with his high-paying job and his happy home life, but when a hard-working and high-ranking colleague literally works himself to death, the friendly competition between Joel and his co-worker Tom (Sean Kanan) turns as serious as a heart attack. In Joel's eyes, the only thing standing between him and the newly available corner office is the slow-going, bumper-to-bumper Los Angeles traffic that he is forced to contend with on a daily basis -- a problem easily resolved when Joel hires a homeless man (Anthony Geary) to join him in the daily commute so that Joel may have access to the faster moving carpool lanes. Though at first the pair seem to have little in common, conversation soon reveals that, despite outward appearances, Joel's new traveling companion knows a thing or two about getting ahead in business, and that in order to be successful in the office one must first find happiness in the home.

Sharon Case
as Dayna
View All

There are no critic reviews yet for Carpool Guy. Keep checking Rotten Tomatoes for updates!

There are no featured audience reviews yet. Click the link below to see what others say about Carpool Guy!