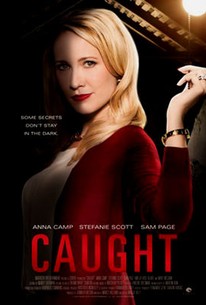 High school senior Allie's (Stefanie Scott) secret relationship with Justin (Sam Page) - a charming older guy - is the highlight of her otherwise mundane teenage life. What she doesn't know is that Justin is a married man. When his manipulative wife Sabrina (Anna Camp) discovers the affair, she enlists her reluctant younger sister Paige (Amelia Rose Blaire) to help kidnap Allie to "teach her a lesson." Allie's concerned mom reports her missing, and the police launch a missing person investigation. Initially meant to be a prank, the situation spirals out of Sabrina's control, leading her down a destructive path as she scrambles to salvage her picture perfect marriage. Justin is pulled into the unraveling scheme, as he tries to atone for his sin by not giving in to Sabrina's increasingly dark plans. Paige struggles to get out from under Sabrina's domineering thumb before she too is dragged past the point of no return... all while Allie fights to stay alive.

Mary B. McCann
as Beth

A darkly comedic spin on a familiar tale, Maggie Kiley's Caught is an energetic and clever cat-and-mouse thriller revolving around the determination of one woman to preserve the sanctity of her marriage after she finds out she's been cheated on.