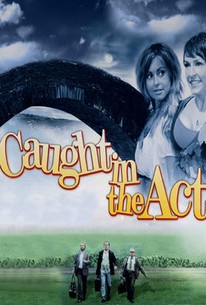 Caught in the Act ...is a hilarious, heart-warming comedy about deceit and integrity, friendship and folly and the triumph of humanity over greed.Set in the beautiful Welsh valleys, the film tells the story of a corrupt Parish council who have been awarded EU funds to pay for the cultural development of their town. Instead, they have used the money to fund a host of illicit activities including two new building extensions, one swimming pool, forty-five crates of Bollinger and several strip weekends in Amsterdam (that nobody talks about...).After a surprise visit from the EU Cultural Commissioner, they soon find themselves having to perform the unimaginable task of producing one of the great Shakespearean plays for the most important festival in the European cultural calendar.Scenes of great hilarity ensue as they attempt to produce "Macbeth" (Shakespeare's shortest play!" and perform it on stage in the EU Capital of Brussels for a particularly demanding audience of assorted European Dignitaries.--© Official Site

Critic Reviews for Caught in the Act

After watching the film, I had to consult the movie's web site to remember who was who. I'm still attempting to find a reason for why I should care about this sloppily conceived and executed film.

The film seesaws between door-slamming farce and moments of heartfelt emotion, and it does so without much grace.

There are no featured reviews for Caught in the Act at this time.

Caught in the Act Quotes