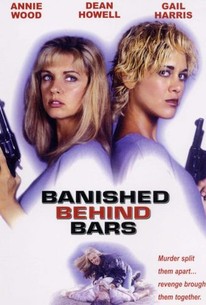 When sisters April and May were young, their father Sam Connor kidnapped them and sold them to strangers. During the abduction, Sam accidentally killed his wife. Years pass, and the sisters grow up to be total opposites. May has become an upright and well-mannered young woman, while April has become a drug-addicted criminal hell-bent for revenge against her murderous father. She eventually succeeds in offing him and leaves sister May to take the rap and go to prison. There she must struggle daily to stay alive until a fearless detective, who has fallen in love with her, intervenes to prove her innocence.

Gail Harris
as May

There are no critic reviews yet for Cellblock Sisters: Banished Behind Bars. Keep checking Rotten Tomatoes for updates!

There are no featured reviews for Cellblock Sisters: Banished Behind Bars at this time.