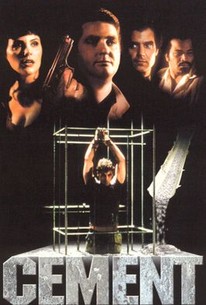 The debut feature for director Adrian Pasdar, Cement features Chris Penn as a bad cop who murders a young mafioso and Jeffrey Wright as his drug-addicted partner. The pair struggles to stay alive in the world of fatal double-crosses they have chosen to inhabit. Sherilyn Fenn, Anthony DeSando, and Henry Czerny round out the cast of this gritty film noir.

Diana Morgan
as Newscaster
View All

There are no critic reviews yet for Cement. Keep checking Rotten Tomatoes for updates!

There are no featured audience reviews yet. Click the link below to see what others say about Cement!