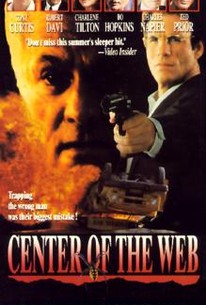 Center of the Web Photos

In this thriller that begins with a case of mistaken identity, a man is abducted and thrown into a mysterious car; he is assumed to be a professional assassin--who happens to be dead. After he becomes more involved in an investigative effort by the CIA, he and his girlfriend find themselves in the titular position amid schemes of political machinations and murder.

Ted Prior
as John Phillips

Critic Reviews for Center of the Web

There are no featured reviews for Center of the Web at this time.

Center of the Web Quotes