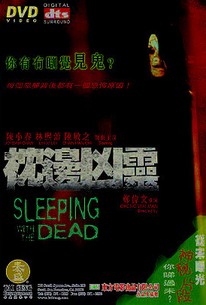 A low-key supernatural chiller from Bio-Cops director Steve Cheng, Sleeping With the Dead finds depressed hospital surgeon David (Jordan Chan) drifting into contact with a malevolant ghost following the death of his mother and the discovery that his wife has been unfaithful. Having gained the ability to see ghosts following an incident in which he momentarily flatlined as a child, David's unique ability results in a withdrawn man pushed even further towards the edge following his wife's affair. Soon embarking on an affair of his own, David is subsequently troubled to learn that several members of his childhood group of friends have fallen victim to an otherworldly killer, each killed on their birthdays and having had their left eyeballs removed. Teaming with surviving friend, and cop, Iron Cheung (Simon Lui) to uncover the mystery of the killing before Cheung's rapidly approaching birthday, it seems that time may be running out for the hapless duo. When mysterious scars begin to form on Cheung's body - most disturbingly near his left eye, David must use his abilities to uncover the killer before its too late. ~ Jason Buchanan, Rovi

There are no critic reviews yet for Cham bin hung leng (Sleeping with the Dead). Keep checking Rotten Tomatoes for updates!

There are no featured reviews for Cham bin hung leng (Sleeping with the Dead) at this time.