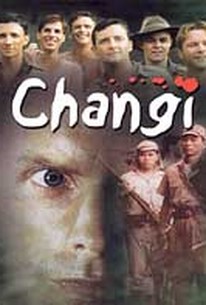 One of the most expensive miniseres ever assembled for Australian television, Changi covered a time-span of nearly 60 years. The story was told in flashback as a group of six former POWs, arranging a reunion, recalled their experiences in a Singapore prison camp. Though all six suffered mightily at the hands of their Japanese captors, all managed to survive the ordeal and remain friends even after cessation of hostilities. Still, each man had retained a deleterious "side effect" from his imprisonment, which threatened to cast a tragic pall on their reunion. Running an exhaustive gamut from comedy to horror, Changi sustained its believability by having each of the main characters played by two actors -- one young for the WWII scenes, one old for the postwar scenes. Though critics and the general public were impressed when the series first aired on Australia's ABC network from October 14 to November 12, 2001, there were a number of real-life prison camp survivors who condemned the project as unrealistic and offensive (and never mind that at least one of the lead actors on the show had himself weathered six years in a Japanese stockade). ~ Hal Erickson, Rovi

There are no critic reviews yet for Changi. Keep checking Rotten Tomatoes for updates!

Australian production about prison camp life for their boys during the WWll Japanese occupation of China. Peppered with music of the time this episodic tale flips back and forth between the hardships experienced in the 40's and the lives of the survivors today. Very good stuff. Carry on.