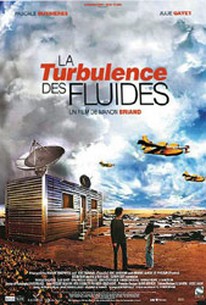 A scientist living in Tokyo is sent to a small Canadian town to study the tides in this visually inventive feature from director Manon Briand. Suspecting that the cecassion of the tides may indicate an impending earthquake, Seismologist Alice (Pascale Bussieres) arrives in her hometown of Baie-Comeau, Quebec to commence her investigation. Soon confronted by numerous figures from her past, the unusual weather and inexplicable behavior of the citizens lead Alice to believe that something beyond her comprehension is occurring to her old hometown. With a mysterious waitress (Genevive Bujold), a lusting woman, a pack of nuns, a sleepwalking child and a widower pilot who grows ever closer to Alice all factoring into the strange goings on, it seems as if human emotions may have somehow played an integral part in the sudden climate shift. ~ Jason Buchanan, Rovi

Briand's first film, 2 Seconds, was a success. With Chaos and Desire she has overreached herself, but she is an ambitious artist and is moving in an intriguing direction.

With a smile halfway between seduction and a smirk, and an intensity that speaks of dark secrets and longing, Bussières has the duality needed to play Alice, a seismologist from sleepy Baie-Comeau.

A little too slick and self-aware, [the movie] never sinks under the weight of its themes, but this artsy craft of a film does creak and list en route to a safe, soppy ending.

Little more than a fish-out-of-water tale told like my uncle's suspect raves of his annual fishing trip: colourful but not terribly enlightening.

Briand's excellent widescreen composition and Brussieres' cool, composed sunglassed figure are immediately inviting, and the townspeople, who include diner owner Genevieve Bujold, are quirky but not overly so.

So visually energetic and smartly written that one never stops enjoying the sheer pleasure of looking at it.

The schmaltz factor mushrooms when Briand introduces a gaggle of singing nuns who warble 'Ave Maria.'

I can't get enough of Pascale Bussieres. It is such a shame that she is not more well known outside of Quebec. It is a strange series of events in Brian Mulroney's hometown. No the ex-PM didn't suck away the tides.