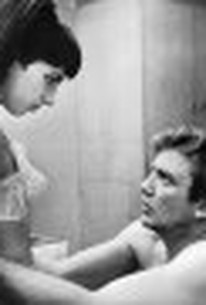 Albert Finney both directs and stars in the "alienation" comedy-drama Charlie Bubbles. The eponymous Bubbles (Finney) is a trendy and fabulously wealthy novelist. Indulged at every turn, and able to indulge in his wildest fancies, Charlie is bored by his privileged existence. He staves off ennui by drinking and carousing with best-buddy Smokey Pickles (Colin Blakely) and by having a fling with his secretary Eliza (Liza Minnelli, in her screen debut). Billie Whitelaw delivers the film's best performance as Charlie's vitriolic wife. Directed in the "mod" fashion popular at the time, Charlie Bubbles sometimes resembles a music video without the music. ~ Hal Erickson, Rovi

Yootha Joyce
as Woman In Cafe

Peter Carlisle
as Man In Cafe

Arthur Pentelow
as Man with Car

Wendy Padbury
as Woman in Cafe

Peter Sallis
as Solicitor
View All

The ending, a low key absurdist touch, is as quiet, beautifully made and carefully thought out as the rest.

Finney's puritanical, sucked-in ungiving performance, is not so much a man as a particular stage when life has lost its zing and there are no more visible goals on the horizon.

About the only thing wrong with Charlie Bubbles is the title, which sounds whimsical and gormless, like a plaster gnome fishing amidst the crazy paving.

There are no featured audience reviews yet. Click the link below to see what others say about Charlie Bubbles!