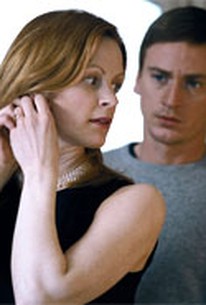 Like the American pictures Magnolia and Happy Endings, French helmer Nicole Garcia's ensemble drama Charlie Says interweaves a tapestry of mordant and miserable existences. Garcia zeroes in on six vice-ridden Gallic men, all generally average and unremarkable individuals, and several at the midpoints of their sorry lives. The characters include: Mathieu (Patrick Pineau), an artic researcher returning to the town where he grew up to host an important conference; Adrien (Arnaud Valois), a national celebrity notorious for losing a tennis match, who must now resume formal court training; small-town mayor Jean-Louis Bertagnat (Jean-Pierre Bacri) , who prepares to honor Mathieu at a town ceremony and bides his off time in a stormy extramarital affair with landscape gardener Severine (Sophie Cattani); ex-con Joss (Benoit Pooleverde), a man attempting to survive parole without drifting back into crime; pool worker Serge Torres (Vincent Lindon) , a husband and father who flirts dangerously with married Finnish co-worker Nora (Minna Haapkyla); and Serge's son, the Charlie of the title (Ferdinand Martin) who has Nora's husband as a teacher but consents to ably assisting his father in the execution of an affair with Nora by falsely indicating his father's whereabouts to his mother.

[The] filmmakers seem so reluctant to spell things out that the viewer is likely to remain indifferent to any or all of the ably-lensed personal crises coming to a head.

There are no featured reviews for Charlie Says at this time.