Charlie: The Life and Art of Charles Chaplin (2004) 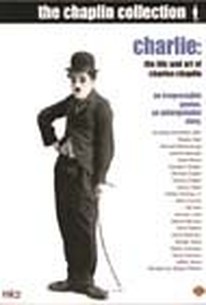 American film historian and author Richard Schickel directs the documentary Charlie: The Life and Art of Charles Chaplin. Schickel offers an exploration into Chaplin's life, from his childhood in London until his death in 1977. The film also contains insight on his multifaceted film career and much-publicized private life. Includes archive footage, film clips, and narration by Sydney Pollack. Interwoven with the vintage bits are contemporary interviews with Hollywood personas such as Woody Allen, Martin Scorsese, and Johnny Depp. Chaplin's children Michael and Geraldine also provide contributions. Charlie was shown at the Edinburgh International Film Festival in 2003.

Critic Reviews for Charlie: The Life and Art of Charles Chaplin

I urge everyone to see it.

It is crammed to the gills with a fine selection of the beloved comic's best work, with talking-head commentary serving to deepen and enrich the enjoyment.

It whets the appetite to experience again Chaplin's luminous body of work.

A well-organized, informative and inevitably entertaining portrait of the man who revolutionized screen comedy and who arguably became the first mass-market, commercialized media figure.

Richard Schickel, a noted film critic and historian, has used the familiar techniques of historical documentary to construct a critical biography of one of the dominant figures in 20th-century popular culture.

The new generations represented here -- Depp, Scorsese, etc. -- remind us that Chaplin's best work does not confine his brilliance to bygone years. Or even to the 20th Century.

It's hard to argue with any film that features so much footage of Chaplin at his best.

Pity the poor film-school student who will have to sit through this dry-as-dust documentary.

Strictly quotidian as a biographical documentary, but the Chaplin comedy clips are peerless.

You'll get more out of watching this documentary than reading another biography on Chaplin.

An excellent introduction to one of the towering figures in film.

Audience Reviews for Charlie: The Life and Art of Charles Chaplin

A wonderful, touching, informative, well-done and heartbreaking documentary of the greatest comedic talent of all time. Great interviews with Chaplin's children, Martin Scorsese, Johnny Depp and Robert Downey jr, not to mention numerous film critics and Chaplin biographers. This documentary also features many many great clips of his work. This is definitely a great watch but it also makes me feel like an idiot for not seeing more than half a dozen of Chaplin's films.

Wonderful documentary on the tramp

Charlie: The Life and Art of Charles Chaplin Quotes