Charlie, Trevor And A Girl Savannah2015 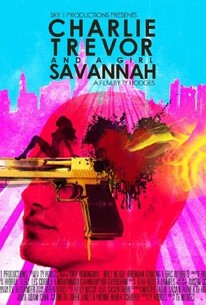 "Charlie, Trevor and a Girl named Savannah" is a thought provoking action/thriller about reality verses the dream state. Trevor has been having nightmares about his girl friend Savannah. He begins to question what is true in his present life verses the perception in his waking dream. Trevor has a dream that his girl friend is kidnapped and has died. Disheveled by the thought, he decides to commit to the exploration of the dream regardless if he is loses his mind in the process. Trevor Jacobs (mid 20's) somewhat of a conservative that gets caught up in his own selfish world and is all about fiesh. Trevor comes from a dark past of addiction. While living a sober life he met Savannah, a beautiful young stripper that has had a hard life. They fall in love and she moves in with him, quitting her job as an exotic dancer. She becomes his dark little secret. One night his loyalty to her becomes questionable when he ends up relapsing, with his friends at a bar. That night he meets a jezebel by the name of Genesis that seduces him into a world of lust, distracting him from his love for Savannah. .(C) Official Site

Critic Reviews for Charlie, Trevor And A Girl Savannah

Flashily shot and cut like a long-form music video, the film is merely an empty vessel for a Guy Ritchie-esque stylistic exercise.

Blasted with style, but the story doesn't support the viewing experience as sturdily as it should, coming across almost as an afterthought as Hodges orders up all types of edits and transitions to give the effort a sufficient spin.

There are no featured reviews for Charlie, Trevor And A Girl Savannah at this time.