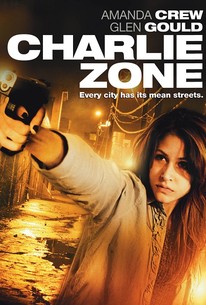 From Myriad Pictures, CHARLIE ZONE is a twisting dramatic thriller set against the drug-ravaged streets of one of Canada's roughest neighborhoods. Avery Paul, a disgraced boxer and ex-convict, is hired to abduct a runaway from a crack house in the city's notorious "Charlie Zone," and return her safely to her family. But nothing goes quite as planned and nothing is quite what it seems. What follows is a harrowing ride through the underbelly of a seemingly picture-postcard Canadian city, as two lost people attempt to face the darkness-in their world and themselves-and hopefully find redemption. (C) Anchor Bay

Fabien Melanson
as Louis
View All

There isn't a whole lot of style to Charlie Zone, but the movie-making is as determined and efficient (and thrifty) as Avery himself.

Charlie Zone, with its dark vision, intricate plot and noir-ish style, suggests Melski is a Canadian filmmaker to watch.

There are no featured audience reviews yet. Click the link below to see what others say about Charlie Zone!